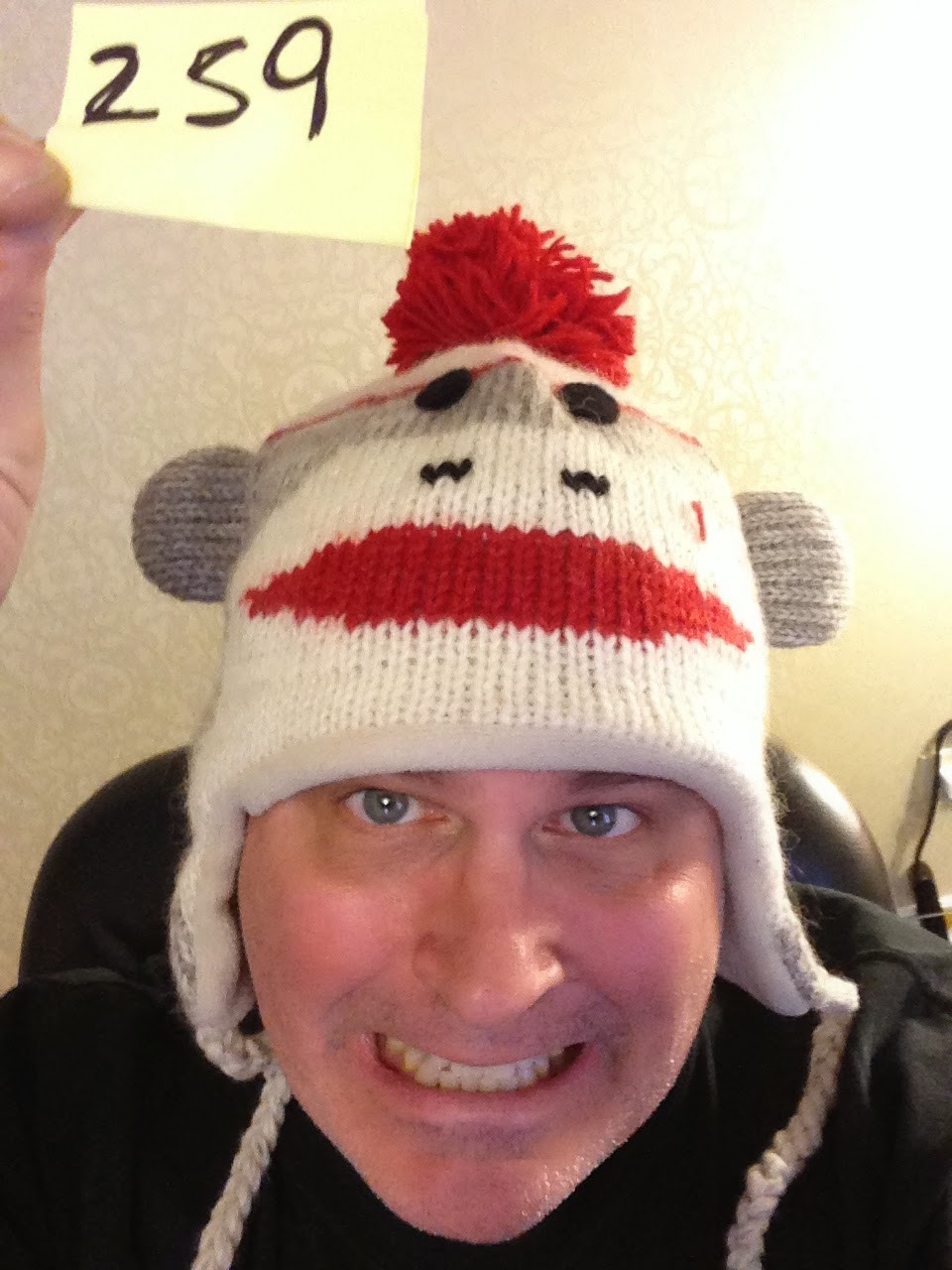 For those who think I'd double-dipping on the sock monkey headgear front, I will clarify that the version that appears in installment PC 75 (loaned from the Noelle Carter collection) is completely different monkey. (I won't bother listing all the subtle differences, one need only look to the pompom color.)

This is another NYC "Bride find" and, while I love it dearly, I won't be holding on to it for very long. I'm sending him to live with his Uncle Al up in Vermont. My brother's pod of sock monkeys has boomed in population lately. At the current rate of growth, I expect there to be a sock monkey to Siberian Husky ratio of one-to-one before the end of summer.

A tip of the hat to the bride for sourcing the lid, and a mid-winter shout out to my big brother Al for handling all of this monkey business like a real champ.

A: One man's homage to Dr. Seuss and his second book, "The 500 Hats of Bartholemew Cubbins," which is celebrating the 75th anniversary of its publication in 2013, Project Cubbins is an attempt to document the wearing of a different hat or piece of headgear every day for 500 consecutive days. No do-aheads, no banking of hats, no retroactive entries. PC started on May 27, 2013 with Hat 1.
Got hats? If you loan 'em, you'll get e'm back safe and sound!
Posted by Adam Tschorn at 1:13 PM