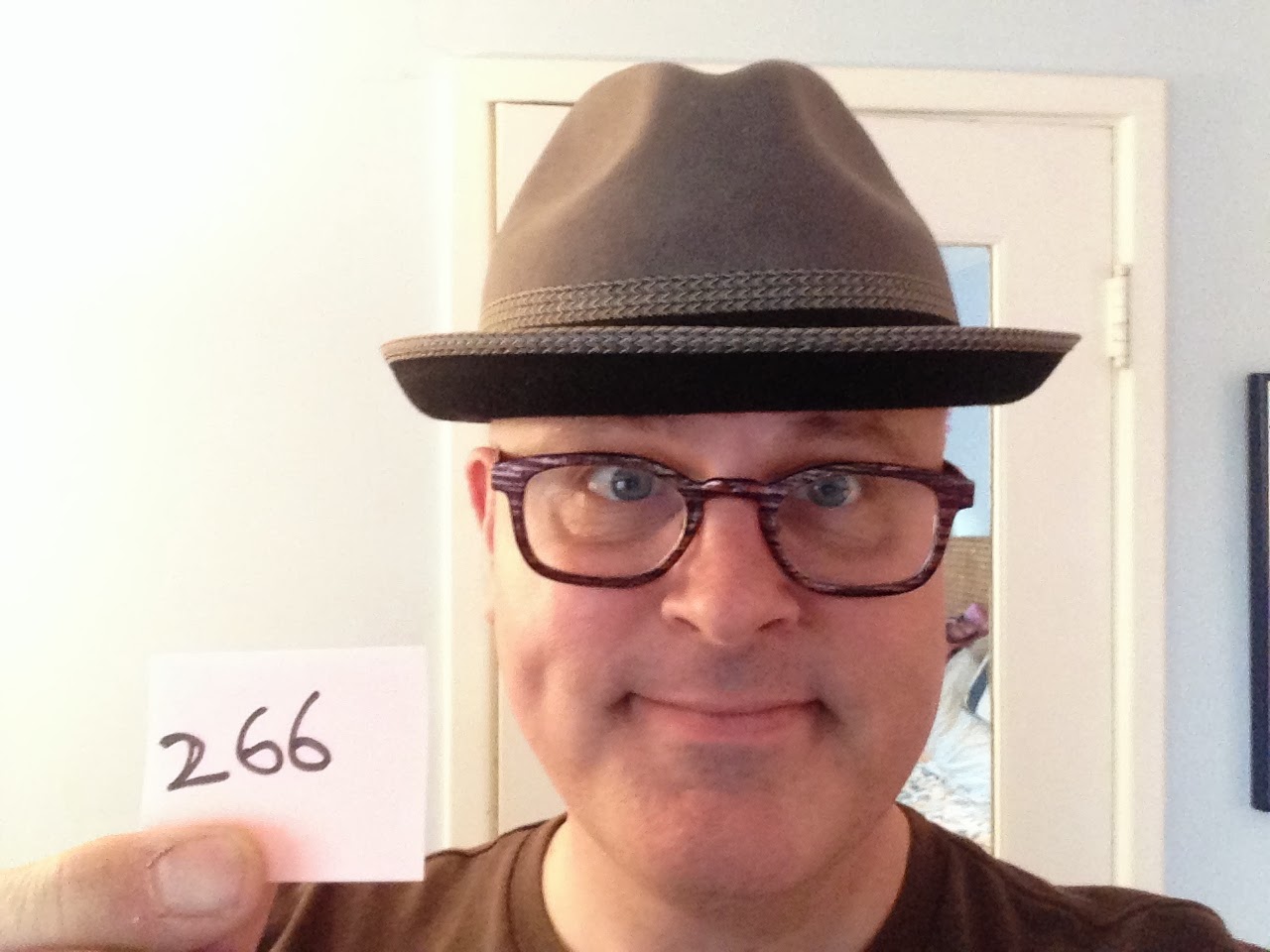 Day 266 / Hat 266: Gray, 100% wool Scala brand fedora with black stingy brim with bound edge in gray chevron fabric, the same fabric used in the hatband -- though bisected there by a black grosgrain ribbon.

Another loaner to the Project from the kind folks at The Headwear Association.

Yes, you've seen gray fedoras featured in the Project before (see PC 74 and PC 115), but this bad boy has it all going on with the mismatched top and tails so to speak. I was trying like the devil to get a bead on the style name on this one (the DF110-ASST and RN31905 numbers on the back of the interior tag turn up nothing on the interwebs) so it'll just have to remain a mystery lid unless the good folks at Dorfman-Pacific can float me some intel.


Related:
PC 265: Harley Hat
PC 264: Vermont BucketPC 263:Snow Pirate PaxQ: OK, nice hat -- but what exactly is Project Cubbins, anyway?
A: One man's homage to Dr. Seuss and his second book, "The 500 Hats of Bartholemew Cubbins," which is celebrating the 75th anniversary of its publication in 2013, Project Cubbins is an attempt to document the wearing of a different hat or piece of headgear every day for 500 consecutive days. No do-aheads, no banking of hats, no retroactive entries. PC started on May 27, 2013 with Hat 1. Got hats? If you loan 'em, you'll get e'm back safe and sound!
Posted by Adam Tschorn at 8:13 PM