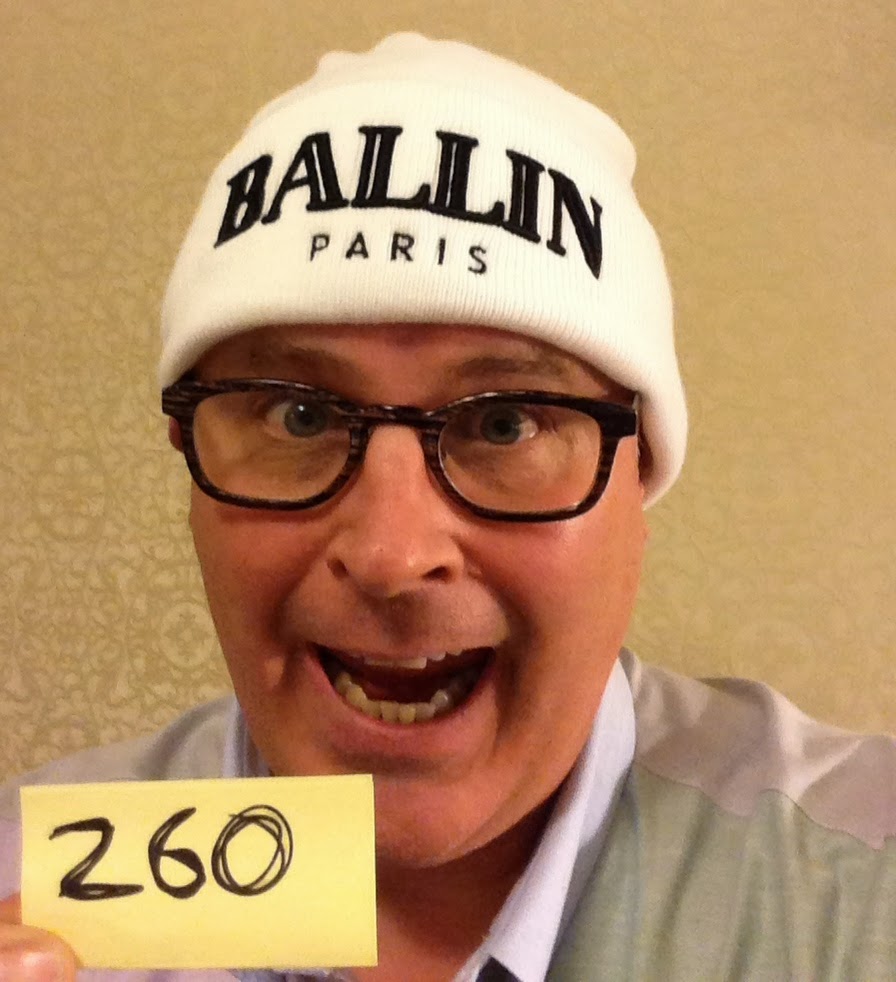 This hat was loaned to Project Cubbins by none other than the designer himself after were jawboning about the Ain't Ain't Laurent hat (PC 256) at his New York Fashion Week presentation last night (it was a motocross-grunge inspiration).

The "Ballin, Paris" logo, just in case you're not up on your luxury brnads, is a parody of the Balmain logo

So there you have it. I'm totally ballin' in the Big Apple. Oh wait, you think you know what ballin' means but you're not quite sure, right? According to various (and totally reliable) on-line slang dictionaries, "ballin'" refers to either 1) playing basketball, or 2) living a life of affluence and wealth (see also "makin' it rain.")

A sincere tip of the parody lid to Brian Lichtenberg for his gracious contribution to the Project.

A: One man's homage to Dr. Seuss and his second book, "The 500 Hats of Bartholemew Cubbins," which is celebrating the 75th anniversary of its publication in 2013, Project Cubbins is an attempt to document the wearing of a different hat or piece of headgear every day for 500 consecutive days. No do-aheads, no banking of hats, no retroactive entries. PC started on May 27, 2013 with Hat 1.
Got hats? If you loan 'em, you'll get e'm back safe and sound!
Posted by Adam Tschorn at 3:02 PM