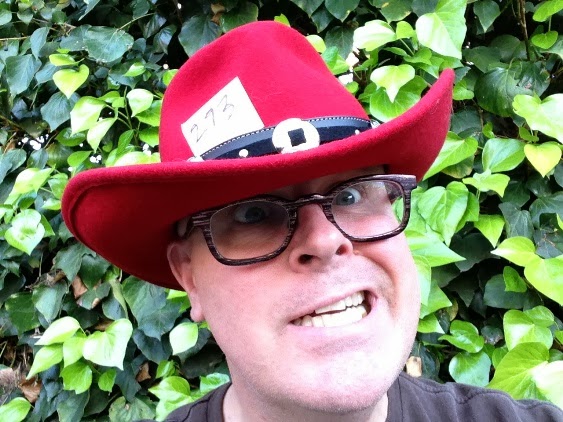 This is the penultimate loaner to the Project from The Headwear Association's sample closet and Silverado is a brand made by the folks at F&M Hat Company (the same ones who made PC 265).  According to the attached tag it's a style called "Addison" and the wool fabric is something called "Dri-Lex Eco," which means it's "made with recycled, renewable or sustainable yarns." I'm guessing this qualifies as sustainable due to the fact that sheep can be sheared and sheared again year after year.

That is as long as you don't leave the barn door open so they can have free and unfettered access to 50 pounds of grain and overeat themselves into an early woolly grave -- a lesson I keenly learned early in my rural Vermont sheep-raising childhood.

Carry that with me a long time? Yes, I guess I did.

Related:PC 272: Mime in the Mirror
PC 271: Mountain Hat EditionPC 270: Rockin' the Fish Knits
Q: OK, nice hat -- but what exactly is Project Cubbins, anyway?
A: One man's homage to Dr. Seuss and his second book, "The 500 Hats of Bartholemew Cubbins," which is celebrating the 75th anniversary of its publication in 2013, Project Cubbins is an attempt to document the wearing of a different hat or piece of headgear every day for 500 consecutive days. No do-aheads, no banking of hats, no retroactive entries. PC started on May 27, 2013 with Hat 1. Got hats? If you loan 'em, you'll get e'm back safe and sound!
Posted by Adam Tschorn at 5:41 PM