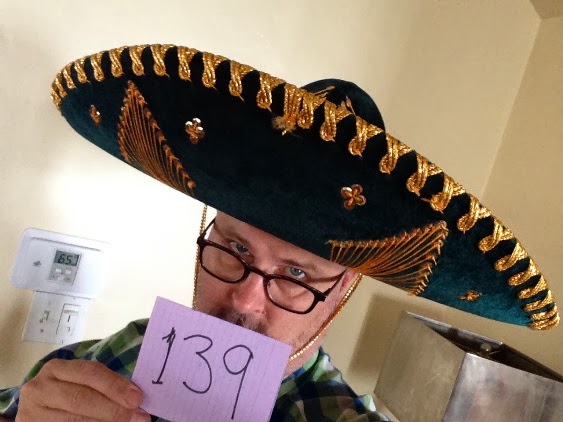 I purchased this hat yesterday during my lunch break for the princely sum of $24.95 (marked down from $34.95) from Casa Bernal on Olvera Street in the historic heart of downtown Los Angeles. If you ask me, that's a pretty good price for hat with such an exquisite level of  detail. 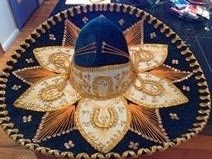 I've decided that today's tip o' the hat goes generally to our neighbor to the south, the nation of Mexico, her inhabitants, all the beautiful things that flow from them. I was in a deep funk before I quite unexpectedly found myself on Olvera Street yesterday and ended up leaving with a smile on my face and a spring in my step.

Not to mention a serious sombrero on my head.
Related:
PC 138: Mountains on my Mind
PC 137: Irish Raincoat Edition
PC 131: The French Connection

A: One man's homage to Dr. Seuss and his second book, "The 500 Hats of Bartholemew Cubbins," which is celebrating the 75th anniversary of its publication in 2013, Project Cubbins is an attempt to document the wearing of a different hat or piece of headgear every day for 500 consecutive days. No do-aheads, no banking of hats, no retroactive entries. PC started on May 27, 2013.