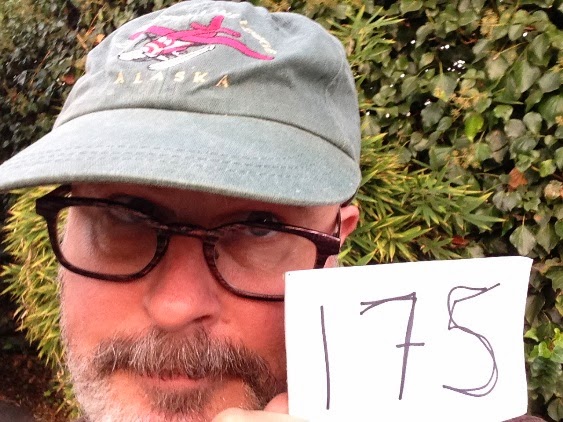 This is the final hat in the MFLHT (following on the fins of  the "Trout College" and "Fishy Friday" installments) and it was explained to me by my sister-in-law (who gets an assist for facilitating this troika of trout-themed toques) that Phil Monahan was once a fly-fishing guide at the aforementioned Chelatna Lake Lodge.

Based on the description of the lodge from its website, the floatplane is a wholly appropriate thing to emblazon on a hat (as explained in thew second paragraph of the below).

"Chelatna Lake Lodge is one of the oldest lodges in the state. It was built during the 1940’s when Alaska was just a territory of the U.S. Its setting is spectacular, situated on the southern border of Denali National Park with the Alaska Range and Mount Russell as its backdrop. Mt. McKinley or Denali—the Athabascan Indian word for “the Great One” is visible from the stream while fishing.

The lodge is remote, accessible only by aircraft, located approximately 100 miles northwest of Anchorage. Because of its location, it is less than an hour’s air-taxi flight away from Anchorage and yet worlds away from the hustle and bustle of the state’s largest city. Chelatna Lake Lodge is the only lodge in operation on the eight mile lake."

A: One man's homage to Dr. Seuss and his second book, "The 500 Hats of Bartholemew Cubbins," which is celebrating the 75th anniversary of its publication in 2013, Project Cubbins is an attempt to document the wearing of a different hat or piece of headgear every day for 500 consecutive days. No do-aheads, no banking of hats, no retroactive entries. PC started on May 27, 2013 with Hat 1.
Got hats? If you loan 'em, you'll get e'm back safe and sound!
Posted by Adam Tschorn at 4:58 PM