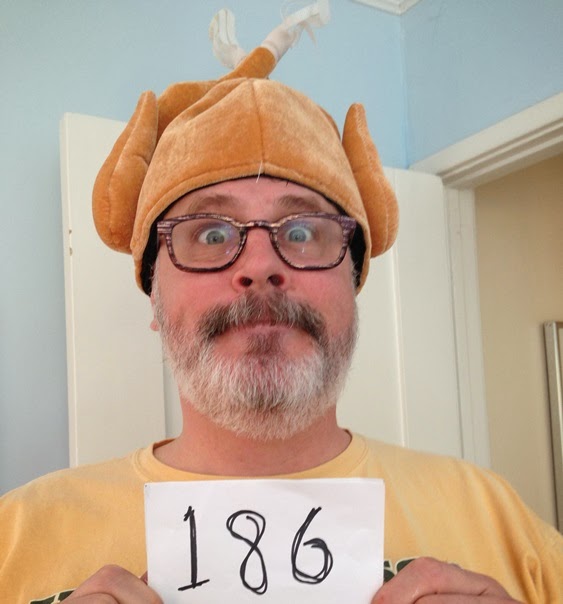 I've never been really good about scheduling themed hats, but I've been keeping ye olde turkey hat in cold storage ever since I began Project Cubbins, knowing I'd want it to be today's installment.

There's so, so much to be thankful for this year, I won't even begin to enumerate them because I know I'll forget something or someone. (Though my brother and my special girl both deserve a mention.). But I am especially thankful for the readers of my daily millinery missives. While I would be doing this exercise in silly headgear even if no one was reading, it's gratifying to get the response and support I have along the way. That I have a cornucopia overflowing with hats as a result is just, well, gravy I guess.

Happy Thanksgiving to all!