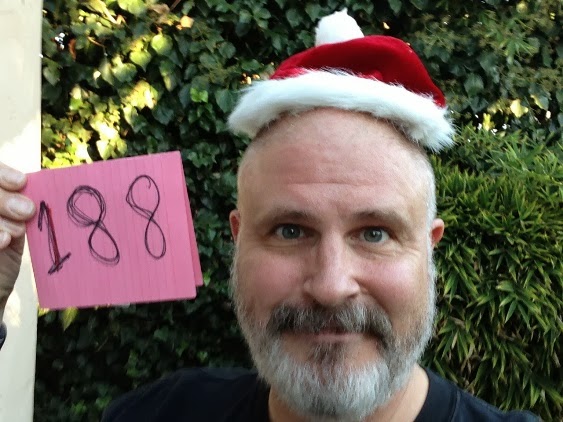 Unpacking the "Adam Seasonal" holiday boxes yesterday, I struck a millinery mother lode. I found me all kinds of elf hats, reindeer antlers, Santa hats and the like that should have me keeping my head in the holiday spirit for a good week plus.

I decided to don this one today as a noggin nod to the rare concurrence of Thanksgiving and Hanukkah.  It is, in case you couldn't tell from its perilous perch on my huge head, a Christmas-themed (or at least Santa Claus themed) take on the yarmulke, borne of the fact that the Christmas holiday and the Festival of Lights traditionally fall close to each other.

What I didn't know (or had long forgotten) was that one of the things (the thing?) that helped push  "Chrismukkah" --or at least its "yamaclaus" hybrid headgear -- to pop culture prominence was the TV show "The O.C."

In order to be fair to all mid-winter religious celebrations -- and avoid potential Airing of Grievances -- what I need to find now is a hat that embodies the spirit and flair of Festivus.