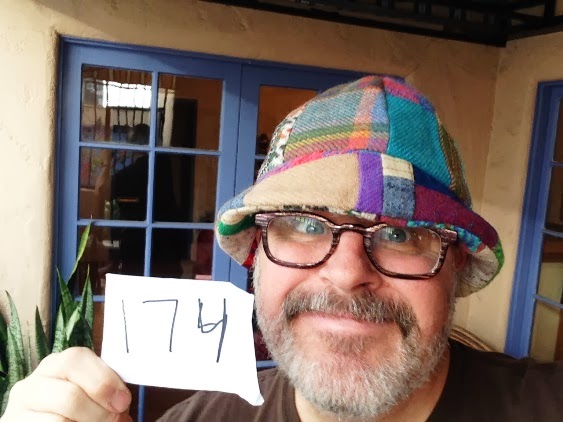 Borrowed from the Bride's extensive and colorful headwear collection, this hat was purchased during the same trip (and maybe even in the same store) as the Donegal tweed flat cap in PC 137 (aka "the Irish raincoat edition").

The one I'm sporting here is similar too - but much more colorful than - the example currently pictured at the Hanna Hats website.