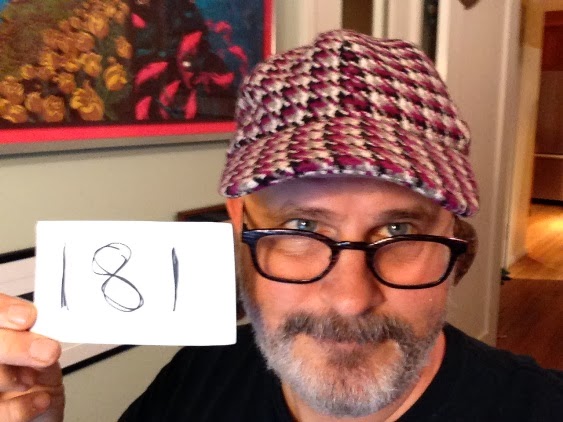 Day 181 / Hat 181: Baseball-style cap in fuchsia hound's-tooth pattern. This hat belongs to the Bride - it arrived yesterday from J. Crew.

If my cursory search of the interwebs is accurate, it's this critter here.

It looks like something a young Sherlock Holmes might've worn before graduating to the deerstalker cap -- which, by the way, is another hat on my hat bucket list (along with that antique diving helmet).


OK, nice hat -- but what exactly is Project Cubbins, anyway?
A: One man's homage to Dr. Seuss and his second book, "The 500 Hats of Bartholemew Cubbins," which is celebrating the 75th anniversary of its publication in 2013, Project Cubbins is an attempt to document the wearing of a different hat or piece of headgear every day for 500 consecutive days. No do-aheads, no banking of hats, no retroactive entries. PC started on May 27, 2013 with Hat 1. Got hats? If you loan 'em, you'll get e'm back safe and sound!
Posted by Adam Tschorn at 6:54 AM